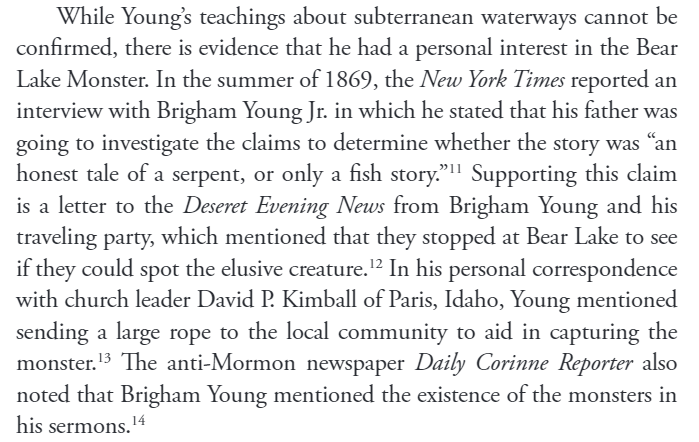 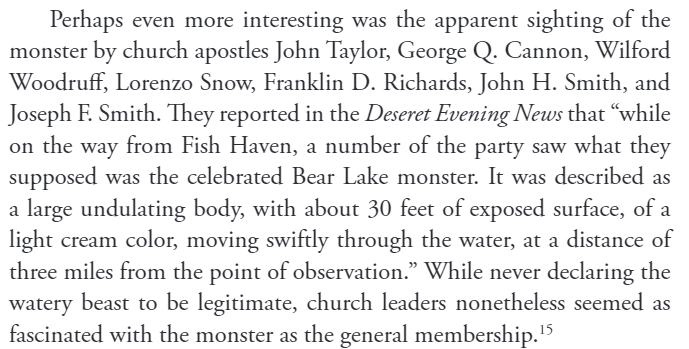 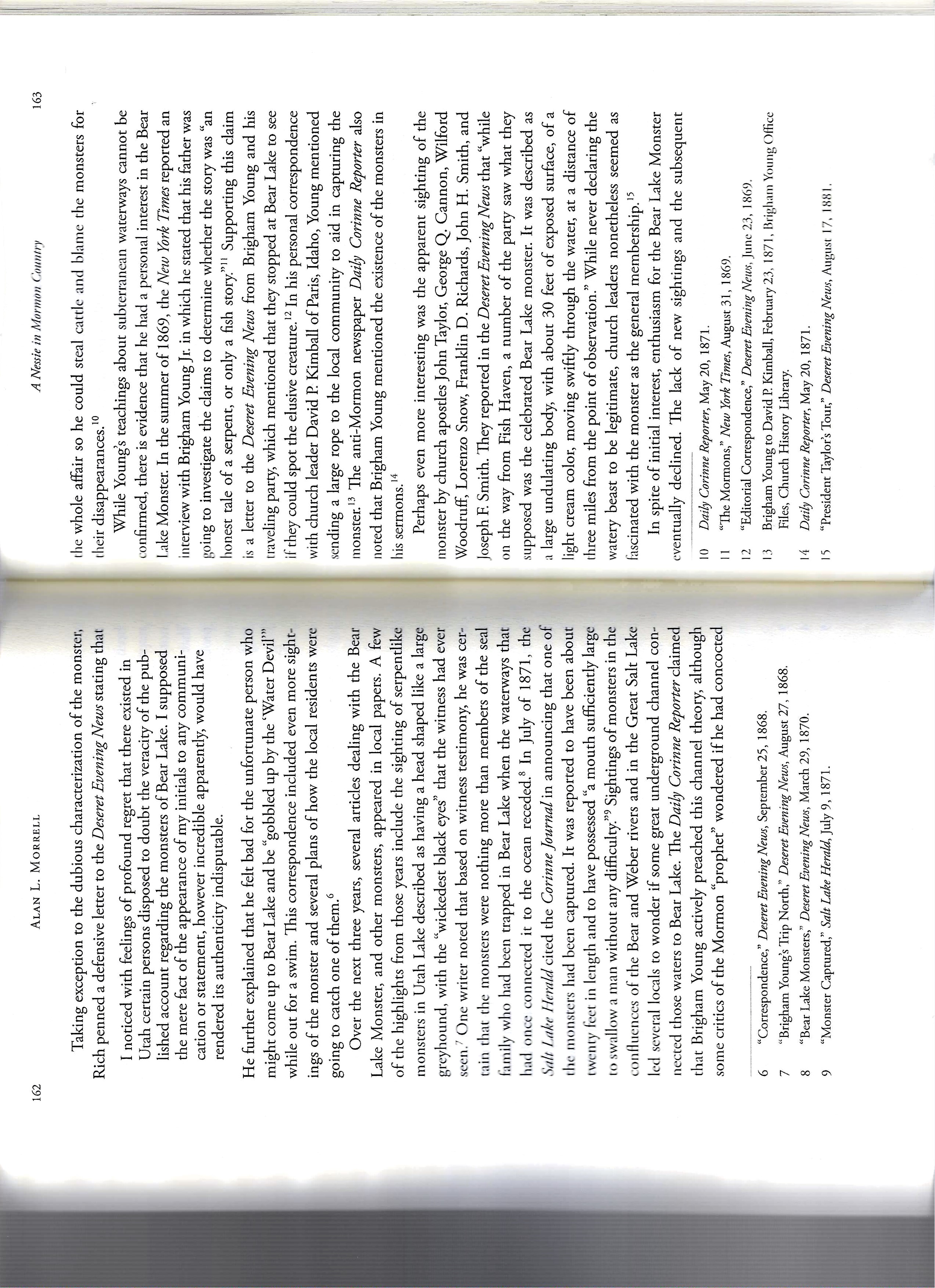 While Young’s teachings about subterranean waterways cannot be confirmed, there is evidence that he had a personal interest in the Bear Lake Monster. In the summer of 1869, the New York Times reported an interview with Brigham Young Jr. in which he stated that his father was going to investigate the claims to determine whether the story was “an honest tale of a serpent, or only a fish story.”¹¹ Supporting this claim is a letter to the Deseret Evening News from Brigham Young and his traveling party, which mentioned that they stopped at Bear Lake to see if they could spot the elusive creature.¹² In his personal correspondence with church leader David P. Kimball of Paris, Idaho, Young mentioned sending a large rope to the local community to aid in capturing the monster.¹³ The anti-Mormon newspaper Daily Corinne Reporter also noted that Brigham Young mentioned the existence of the monsters in his sermons.¹⁴

Perhaps even more interesting was the apparent sighting of the monster by church apostles John Taylor, George Q. Cannon, Wilford Woodruff, Lorenzo Snow, Franklin D. Richards, John H. Smith, and Joseph F. Smith. They reported in the Deseret Evening News that “while on the way from Fish Haven, a number of the party saw what they supposed was the celebrated Bear Lake monster. It was described as a large undulating body, with about 30 feet of exposed surface, of a light cream color, moving swiftly through the water, at a distance of three miles from the point of observation.” While never declaring the watery beast to be legitimate, church leaders nonetheless seemed as fascinated with the monster as the general membership.¹⁵